The team’s research focus is on optimization and control with a current application focus on mechatronic and renewable energy systems. Our core area of expertise are embedded optimization algorithms, i.e. methods for real-time optimization on embedded platforms, with a focus on nonlinear systems. The work of the group spans from dynamic system modelling and optimal control problem formulations, including modelling languages, to the development of numerical algorithms, their efficient implementation in higher level programming languages, automatic C-code generation for embedded platforms, and experimental implementation. The group’s interdisciplinary work is located between numerical mathematics, computer science, and control engineering, a mix that is also reflected in the master degrees that PhD students have when they start working in the group.

The two most important special cases of embedded optimization for control applications are model predictive control (MPC) and moving horizon estimation (MHE), which can be seen as computationally intensive but extremely powerful generalizations of the linear quadratic regulator and the Kalman filter. These advanced optimization-based control and estimation techniques allow one to naturally deal with constrained, nonlinear, and multi- input-multi-output systems. They require the real-time solution of optimal control problems and have already pervaded large parts of chemical process control, where timescales are in the order of minutes, which safely allows for the real-time solution of these MHE and MPC optimization problems. But MHE and MPC are currently starting to revolutionize also the control of mechatronic and of power systems, where the allowable computational times are in the range of milli and microseconds. These systems are characterized by tight constraints, multiple inputs and outputs, and strong but well known nonlinearities. Applications the team is interested in are for example solar power plants, induction motors, power converters, energy storage, hybrid electric vehicles, eco-driving, robotic arms, and machine tools. We also expect a strong impact of embedded optimization in advanced mechatronics and microsystems engineering. 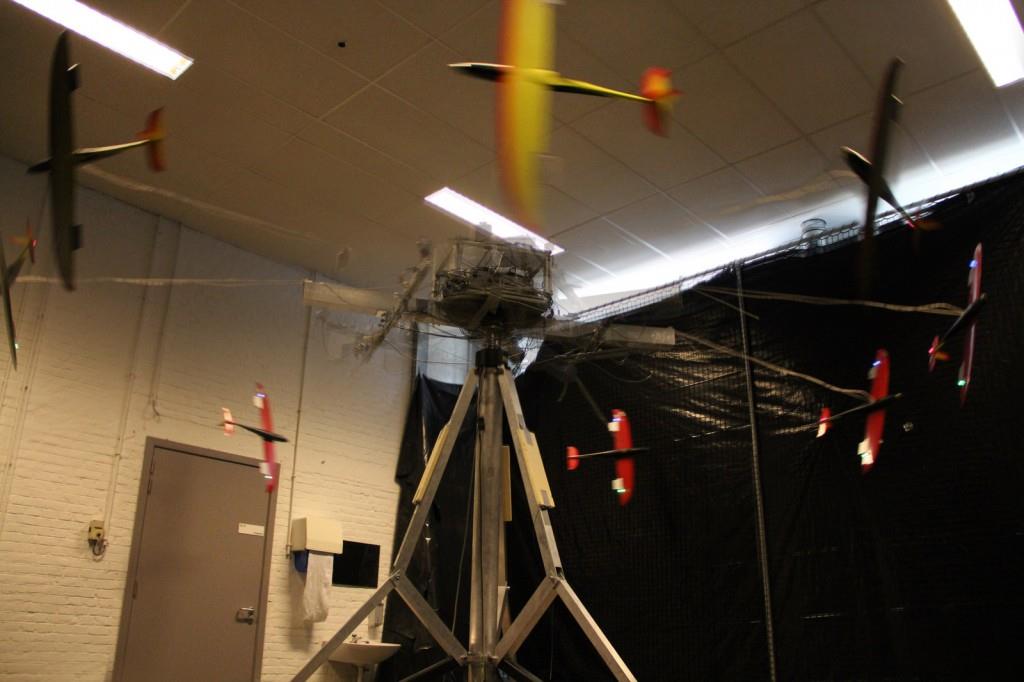 One very specific application problem class that is very prominent in the team is Airborne Wind Energy (AWE), which concerns an innovative concept to harness wind power with help of tethered but free flying wings, similar to kites. Main idea behind it is to minimize the material needed to build a wind turbine to its absolute minimum, starting from the observation that a wind power extracting device is most material efficient where it moves fast, such as the wing tips of a conventional wind turbine. Idea of AWE is to build only this fast moving part, i.e., a wing moving fast in a crosswind direction, and to use a tension cable between wing and ground to compensate for the strong downwind force. One can then generate electrical power in one of two possible ways: either by placing a fast spinning small wind turbine on-board the flying body (inverse propeller), or by periodically reeling in and out the cable with large variations in tether tension to allow for net energy production (pumping mode). Both ways are similarly efficient, and the overall concept of AWE with its reachable altitudes between 200 and 800 meters promises to enlarge the overall wind power resource that can be economically accessed for human needs, both off- and on-shore. Currently, about 150 researchers world wide are investigating the young technology, mostly in start-up companies in Europe and the US, but also in several academic groups. With help of the ERC grant HIGHWIND running from 2011-2016 the control and optimization team starts moving to the center of this young research community, having organized for example the 2nd Conference by the Airborne Wind Energy Consortium (AWEC 2011). AWE is perfectly complementary to the team’s dynamic system modelling, optimization and control work, but given the fact that no physical apparatus did yet exist, the group’s activities had to include the hardware design and experimental validation of our control technologies. A photo of the apparatus built by the team can be found here and more information on the page of the HIGHWIND project.